We use cookies
This website uses cookies and other tracking tools to improve the user experience, display customized content and ads, analyze website traffic and determine the source of traffic.
Edit my preferences I agree to the use of all cookies
Home / News / All you need to know about the Czech garnet
Manufacturers
Information
Newsletter
DON´T OVERLOOK! 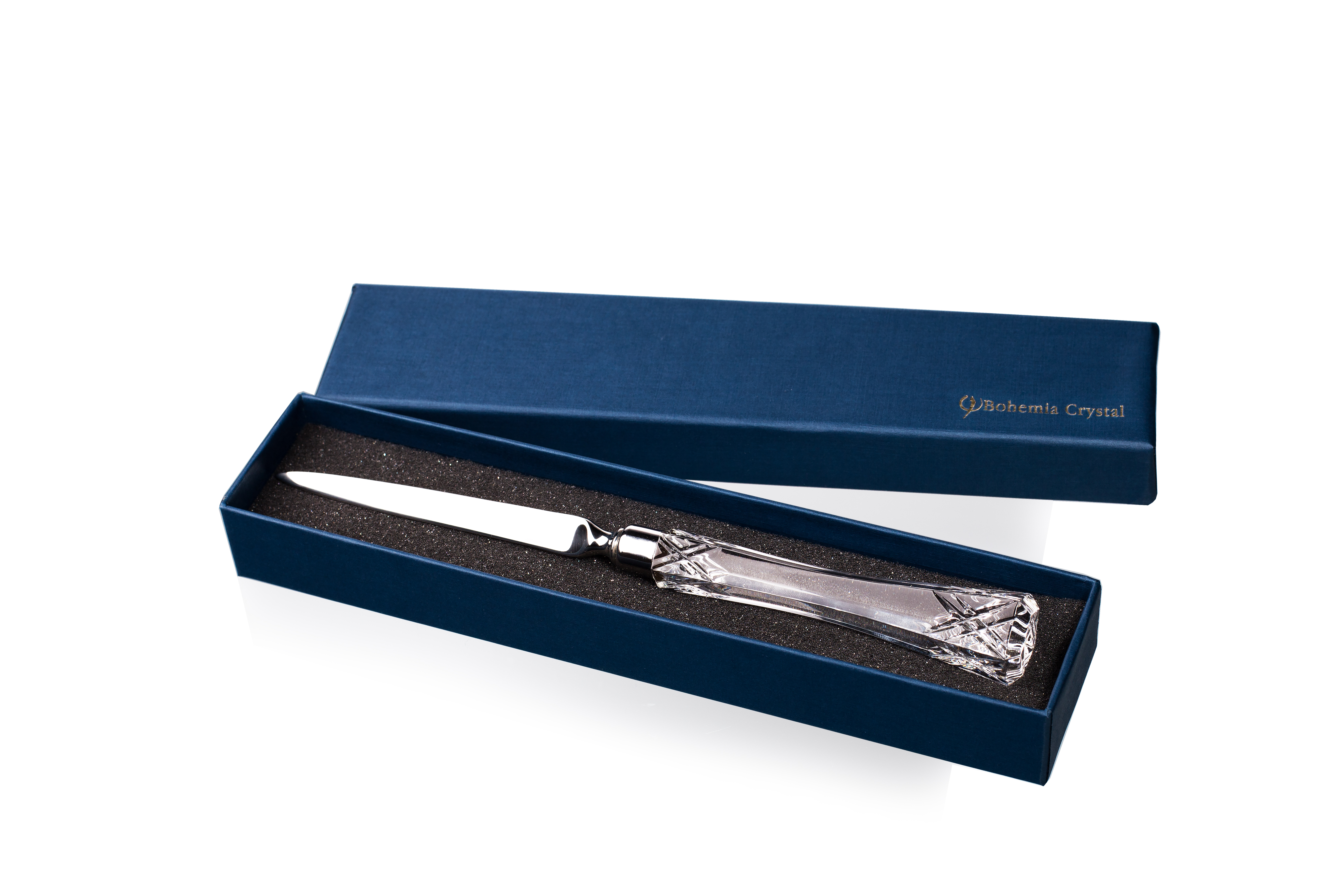 All you need to know about the Czech garnet

The Czech garnet is another indisputable jewel of the Czech Republic. It has adorned human lives since ancient times. Its beautiful color, gloss and transparency are appreciated till today. What exactly is a garnet? What was it´s story in Czech history? And what does it symbolize? We will briefly look at this in the following paragraphs.

Garnet is a cubic mineral. It has 16 representatives, each with its own chemical composition, color and value. Today we will talk mainly about pyrope, or Czech garnet / Cape ruby. The name pyrop comes from the Greek word pyropos = fire similar. This beautiful gemstone has the color of dove's blood, is transparent, color-fast and resistant to acids and high temperatures.

Pyrop is popular all over the world, but it has its cradle in the Czech Republic. It is a small gemstone that is found in the shape of round grains in water sands. The grains are most often found with a diameter of 2-3 mm, rarely 5 mm and the 8 mm is pure rarity. It is also found in the soil in the area of the Bohemian Central Mountains. There can be extracted up to 2.5 kg of garnet from 2 to 8 mm from 160 tons of soil. Garnet deposits are all over the world, but the Czech one is the most beautiful in its color, luster and brightness.

Deep-red gems were collected by people at random in ancient times. Their deposits are placed from the Pyrenees to the Caucasus. This have caused widespreading of the gem. In the period of Migration of nations (5th - 8th century AD) it was a profitable export item. It was admired for its beauty, but also hardness and heat resistance. The garnet grains are also small and smooth enough and could be set in cups, jewelry, clothes, scabbards of swords and daggers, haberdashery and other applied art, without further processing.

After the 8th century AD, the popularity of the garnet declined and experienced its revival in the Baroque period, the time of Emperor Rudolf II, who supported glass and precious stone cutters.

Marie Terezie (18th century) banned the export of raw Czech garnet beyond the borders of the Czech lands and thus established a monopoly on the processing of pyrope exclusively by Czech jewelers.

Most of the preserved jewelry comes from the 19th century and the first half of the 20th century. At that time, the garnet was widely combined with gold, copper, silver, and crystal.

The National Museum in Prague has the largest collection of raw and artistically processed pyrope from the entire history of the Czech lands.

The Czech Republic still has a monopoly on garnet processing to this day. Czech jewelry with garnets adorns the most important and largest personalities in the world, including Pope John Paul II, Michele Obama, Jacques Chirac, ...

Industrial use of garnet

Garnet is also used in industry for its abrasive and heat-resistant properties. During grinding, high temperatures usually occur and the abrasive may start to burn, but this is not a risk with the use of garnet sand. Waste and dust from this grinding have been shown to be harmless and non-carcinogenic. It is therefore advantageous and safe to use garnet sand / dust as an abrasive element.

Garnet sand, dust and grains are also used in filtration equipment. It is very effective for capturing heavy metals from water.

Garnet use in jewelry and glassmaking

The most abundant and most important use of Czech garnet is jewelery production and applied art. These jewelry are considered luxurious, timeless and very popular among all age groups. Garnet is popular in jewelry not only for its beautiful dark red color, brilliant glass luster and translucency, but also for its versatility of use. The only thing jewelers must pay attention to when grinding is the fragility of the garnet.

Czech garnet is also used in glassmaking. Although not in abundance, there are many beautiful designer jewelry and studio glass works with sealed garnet grains. And not only for decorative properties, but also for highly stable properties and the ability of the garnet to withstand huge thermal shocks.

Garnet in combination with other gems

Czech garnet is often used extensively in jewelry. This is how its beautiful color, cut and brightness stand out. It is often found in the company of other gemstones. In our e-shop you will find pyrope in the company of almandine, which is also a mineral from the garnet family, but it is more common. Its grains are larger, its color is reddish brown. It usually forms the centers of jewelry and is usually surrounded by smaller grains of real Czech garnet.

Another accessory of garnet is moldavite. It is a precious stone of greenish color, which was formed due to the impact of a meteorite (tektite). It is the only tektite in European territory. It is abundant in the area of South Bohemia near the Vltava. It also forms, like almandine, the center of jewelry and adds contrast to the blood-red garnets with its delicate greenish color.

And last, but not least, pearls are also great accessory for garnet jewelry in our e-shop. They are natural real pearls. And in combination with Czech garnet maake the jewel look even more magnificent, luxurious and tender.

Like every mineral, pyrope has its spiritual symbolism. Pyrope symbolizes blood, fire, passion and a pure heart. It stimulates activity, suppresses melancholy and highlights nobility in the wearer. It supports creativity and the will to live. It symbolizes the joy of life and vitality, stimulates the heart and circulatory system.

Whether you believe in the symbolism and the spiritual component of the mineral or not, the fact is that the garnet is an exceptional, luxurious and magnificent gemstone that carries national pride, tradition and incredible timelessness.

How to take care of garnet jewelry

Taking care of jewelry is no rocket science, just engage common sense. Garnet jewelry needs to be taken care of, just like any other gold and silver jewelry. Keep in mind that wearing them all day and exposing them to sweat, parfunes, water and temperature changes will accelerate their erosion and oxidation.

It is therefore necessary to check the jewelry from time to time to see if any gems are loosening, that the closure is ok, or needs to be tightened, and to polish the silver. All these tasks can be done by every employee of the jewelry store. We do not recommend home polishing and cleaning to avoid scratching and unnecessary abrasion of the jewelry.

The garnet itself is very resistant to temperature and chemicals, but it is relatively fragile, so be careful not to drop the jewelry. This will prevent the garnet from cracking or falling out.

It is ideal to wear jewelry only for special occasions. For dinner, coffee, theater, opera, festivities, celebrations, etc. Do not wear them during sports, swimming, sleeping and other physical activities. It is not necessary and you will prolong the life of the jewelry.

Garnet jewelry is timeless, expressing the uniqueness of the occasion during which you wear it. They express passion and are often given out of love. They express the luxury with which you want to include your significant other. It's a tradition. It is a national gem and pride. There is so much to say by giving jewelry with pyrope. What you want to say by giving the Czech garnet is up to you.

Earrings with Czech garnet are an integral part of Czech jewelry. They come in different sizes, lengths, designs and are equipped with different closures. Each closure has its pros and cons, and each one has something different. That is why we have prepared an overview of earring closures together with their properties.